Philippines BPO vs. India BPO Who Comes Out On Top?

Full disclosure, we’re a Philippines based BPO, but I have worked with outsourcers from India in the past.  I’ll do my best not to let my current position influence this article.

If you’ve done any research into Outsourcing, you already know that the Philippines are not your only choice.  In fact,

are the primary choices, with China making an impact on the lower end services while the Philippines tops the leader board in financial based services and customer support.

India is and has been a global leader in outsourcing with growth rates peaking at 38% in 2005.  Well over one million people are working in India’s BPO (Business Process Outsourcing) industry, and millions of dollars are generated each year.

While each country has its specialty, programming for India and voice for the Philippines, the services both countries offer ranges from data entry to graphic design, web site content to accounting.

FACT: India is well entrenched in the BPO industry, handling 36% of the global outsourcing needs.

FACT: Philippines has been seriously involved in outsourcing since 2006.  Since that time they have grown steadily some years reaching an annual growth rate of 46%.

Both India and the Philippines have their respective merits, but is there a clear leader?

There may be no clear winner as each country has unique offerings and it may be like comparing Coke to Pepsi, some will like one, some the other.

Both countries recognize the fact that outsourcing, mainly using a BPO agency such as ours, has significantly impacted the economy of the country.  With that thought, both India and the Philippines continually strive to improve their infrastructure and make the BPO industry more attractive to the global marketplace, making this an ideal time for a business to consider a move into outsourcing.

Both India and the Philippines have a rich and varied history steeped in religion and tradition.  That said, the Philippines are more closely aligned with western culture, being a Catholic-based country where English is spoken as naturally as your co-worker in the next office.  Because of this, business flocks to the Philippines for customer service and voice-based operations, since it’s such a natural fit.  Add in the fact that the median age of the Filipino today is around 23 which means they are young, eager and grew up on American movies and music, allowing them to integrate seamlessly into most western business operations.

Another reason that many businesses are looking to the Philippines is the talent pool.  While India has approximately 10.5% of its population employable in the BPO sector, the Philippines adds nearly 500,000 college graduates each year.  Of course, not all of them go into IT, but a large percentage do since it allows them to remain in their home country while still earning a good living.

OBSERVATION: This is, of course, a generality, but experience has shown that India excels in Science and Mathematics while the Filipino excel in interpersonal relationships, making them perfect for any outsourcing jobs requiring they come in contact with customers.

Both India and the Philippines have quality institutions of higher learning with an excellent curriculum.  The Philippines, having been a colony of America for multiple years has a structure that more closely follows universities stateside.  Whether or not this is an advantage is debatable, but it does speak to the Americanization of the Filipino and their better understanding of the American culture.

Whether you choose India or the Philippines, looking into outsourcing is a positive move for any business concerned about their longevity and growth.

Here at StaffOutSource.net, we like to offer you a free, no-obligation way to learn more about using a Filipino virtual staff.   If you’d like to learn more, click the button below and let’s start a conversation.

Learn How Filipinos Can Help 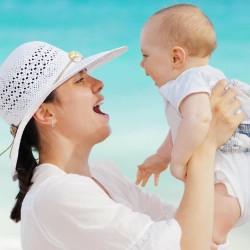 My passion is living life to the fullest and that is the way I want to teach my kids to live.One thing is certain, time flies and that's true no matter your outlook on life.I do my best here at FGN to post meaningful articles and videos that can help, maybe just a little, navigate the pathway of being a mom.To me, and likely to a lot of you too, being a mom is God's greatest gift.

Latest posts by June (see all)