Outsourcing To The Philippines or India The Continuing Debate 2019

There was and remains a great many myths concerning outsourcing to the Philipines.  One tale concerns a sweatshop environment where workers labor deep into the night for low wages.  While there may well have been some of that happening in the early days of Philippines outsourcing, much has changed but one thing that has not is the competition between India and the Philippines, so let’s take a deep dive and examine some of the similarities and differences.

The concept of outsourcing isn’t new; in fact, businesses have been outsourcing (in one form or another) for multiple decades.  What has changed is using outsourcing as a tool to give a company a strategic advantage, that pretty much began in the 1980s.

Today, outsourcing to the Philippines can help a business achieve an advantage over its competition, particularly if the competition is not outsourcing.  Outsourcing can easily save a large percentage of labor costs without sacrificing quality, making it a win-win for the business and the outsourcing country or BPO (Business Process Outsourcing) agency.

While there a multitude of processes that can be outsourced, generally speaking, outsourcing is divided into four categories.

Our experience is in category number one, Professional Outsourcing so that will be the focus of this article.

Professional Outsourcing covers a wide purvey and most notably can include, graphic design, medical transcription, legal aid, customer service, back-office support or anything a company needs that can be assigned to an outsourcing individual or team.  This area has become extremely popular and competitive due to the fact of a large and diverse talent pool who offer their services at a lower price.

NOTE: Concerning lower price and our earlier mention of “Sweatshop mentality,” their standard of living is less expensive and thus their hourly wage is less, however most outsource’s are well paid within the standards of their industry, these prices though, are well below what a similar person would charge in a western country.

There are those who say, that while that might be a good move for a business, it hurts the local economy via job loss.  We’ve covered that in this article, so we won’t delve into it here, except to say, that is a short-sighted point of view.

In today’s tech-savvy economy, there is hardly a business anywhere that doesn’t use some form of technology to accomplish their business better.  Because of this and the fact that globalization, based primarily on the Internet, has allowed workers on the other side of the planet to help a business accomplish a portion of their tasks, particularly those based on getting things done online.  Based on this, many companies have, or are beginning to look toward Asia as an outsourcing destination and of course that includes India and the Philippines who have both risen to the occasion.

Both countries are well entrenched in the BPO industry, but each, of course, has a difference in the way they approach the industry.

If we were to measure things strictly on “when they started” basis, then India would be in the lead since they were well established before the Philippines entered the race.  There is of course more to the equation, which we’ll examine in some depth.

It’s rare, or possibly impossible for an industry to thrive if the people and the government are not behind the industry.  In the case of India, it stretches back to 1991 when the effort of former Prime Minister Rajiv Gandhi worked to lower taxes on tech imports and make the country more attractive to foreign investors.  The initiative worked, and outsourcing rocketed to become the 5th largest industry in India.

India’s strong suit is in software development and exports, rising to an estimated 61 billion USD in 2016.  Part of that number, but much lower in the percentage of revenue is business management which is where the Philippines would find its niche.

And the Philippines, like India, thrived based, on the support of government initiatives, specifically the creation of the Special Economic Zone, which reduced taxes and encouraged foreign investors to set up shop.  This was followed by the Data Privacy Act, spearheaded by former President Aquino, which brought the Philippines to the forefront of global privacy standards

Outsourcing is played out on the world stage, and the Philippines quickly became a key player, rising in popularity, particularly in the area of customer service, where it dethroned India and became a significant factor in Philippine’s economy.

Both India and the Philippines have proven they have what it takes to survive and thrive in the outsourcing industry, but what makes them different?

Both countries have had government support, with India’s being more consistent over time, but the Philippines remaining vigilant and following suit when and where necessary.  Both countries speak English, a necessity when outsourcing to western countries, though the Philippines have a much more neutral accent, ideal for customer service.

Indian developers lean toward verbal communication, which can be difficult when instructions are in-depth, giving a possibility of misunderstanding.  Philippines developers have a better command of English, both written and spoken as it is taught in school, universities and used at home and among friends.  They are also more Americanized, which can either be a plus or a minus but certainly a plus when dealing with the nuance of the language.

While a generalization, outsourcing to an Indian worker is usually based on a “per project” basis, while Filipinos are more interested in full-time employment.  While there are pros and cons of each, one of the factors any BPO agency strives for is retention rate (how long a worker remains with an agency).  Long term employees have, over time, a better understanding of their work which increases productivity.

While we certainly don’t have an outsourcing crystal ball, indicators point to the Philippines continuing to increase their foothold on the outsourcing industry with universities graduating young men and women who are well schooled in outsourcing, and planning for a career in IT.

The bottom line is that this competition between India and the Philippines spells opportunity for western businesses.  Not only can they find and utilize highly skilled professionals, but they will also find agencies such as ours, offering more attractive packages and the better implementation of services.

Now is the perfect time to take a close look at outsourcing and we’d love to explain the benefits of using a Filipino outsourcing team.  All our conversations are free and without any obligation to use our services.  If we can’t offer you precisely what you need, we’ll put you in touch with someone who can.  We believe in the Filipino people and feel they are your best choice for a proficient and dedicated outsourcing team.  Click the button below and let us tell you about the benefits. 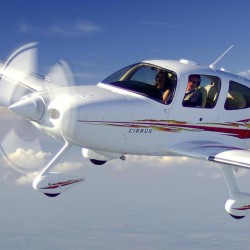 My life concept is simple, live it and help others to do the same.
Some have called me a bit of Daredevil, but not really, I simply like to stay active and enjoy the people, places, and circumstances I come in contact with every day.Hope you like our site, if you do, please share.Rahn

Latest posts by Tim (see all)